Ask any artist, designer, writer, creator and they’ll likely confirm that staring at a blank page or canvas can be scary. The pressure to create something from nothing can be crippling, if you let it. However, being a part of TEDxFondduLac’s very first event – especially the process of brainstorming the theme possibilities and then designing for it – was quite the rewarding process. Any fear or anxiety experienced was pushed to the side and replaced with excitement for what could be. The energy of the team definitely helped too.

And that includes making time to ensure there are good ideas as a foundational part of any event, brand, and website – but also references the design process. It’s easy to jump right to a blank canvas in Illustrator, our logo design program of choice, but I’m intentional on starting on a sketchpad first. It’s not easy or pretty, but it’s instrumental to the end product.
Here’s a little bit of an overview and some insight into how my design brain works…

It all starts out with some research…

I start out looking at other ideas, designs, etc. for inspiration. Then dive into any other reading & research surrounding the topic, industry, audience, etc. In this case, I spent some time reading up on fears – specifically the top one’s inflicting our society. It was super interesting to read about the very tangible fears that top the list … heights, spiders & insects, public speaking, money, death, dentists, flying, snakes, enclosed spaces, mice, dogs, thunder & lightening, terrorism, pain, losing freedom…. But, then dive into another level of fear – the intangible, sometimes hard to name and explain kind. The unknown – no control or darkness, disappointment, misery, loneliness, ridicule, rejection, and failure.

A little dark & gloomy – sorry about that. But after that exploration, I focused on what the theme needed to say and corresponding logo to represent. I found some great motivational lines – “Admit when you are scared.” “Deal with the heat.” “Develop a new frame of mind.”, as well as a fantastic quote to inspire the next steps even though I had no idea where we would end up…

Everything you want is on the other side of fear.

What’s the other side of fear look like? It would be backwards, right? 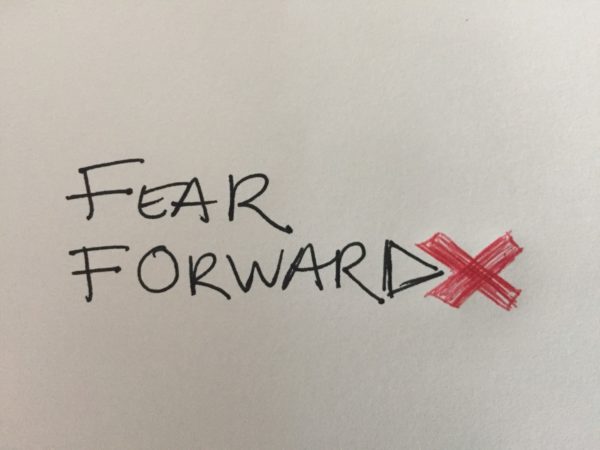 It’s a little too expected, but I had to explore if/how it would work to feature the “x” of TEDx… 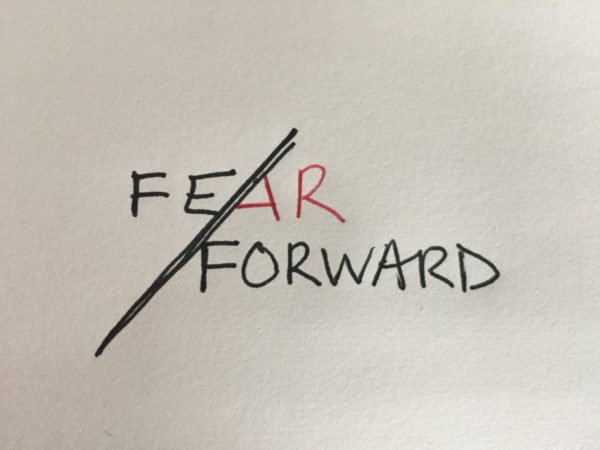 Fearing forward means a shift or change in perspective… what does that look like visually? Here’s a rough sketch exploring that: 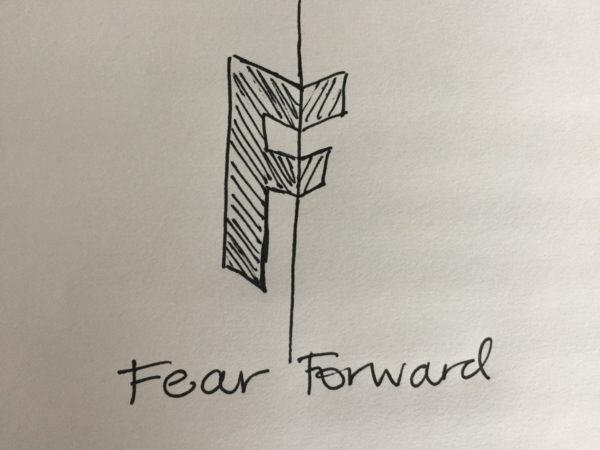 Moving forward despite fear is a turning point… an individual is turning a corner. Could I make that work visually?

The sketch below is one of the two or three I decided to take into the digial creation stage. In the numerous sketches I did, I realized both “fear” and “forward” had similar characters – “A” and “R” … so I played around with NUMEROUS variations where letterforms overlapped and completed one another. The truth is fear is always a part of actions and moving forward –and I loved how this conceptually conveyed that. 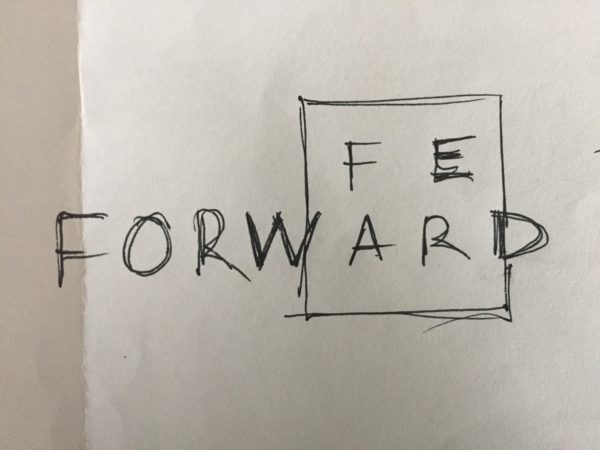 A new frame of mind around fear is needed!

A lot of nitty gritty details here, but the gist is that we presented 2-3 variations of the sketch above.

In addition to the website update, social media graphics, day of programming and other collateral featuring the logo, we also had some fun bringing some fears to life within the context of the theme logo. Its not a common opportunity or challenge to create graphics that evoke an emotional response, so I had to go there.

What do you think? 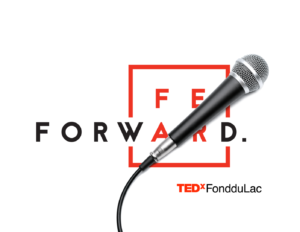 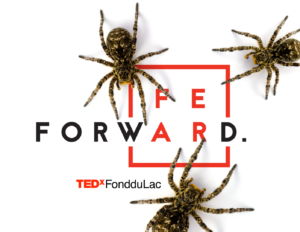 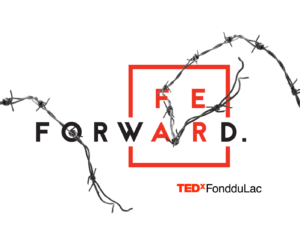 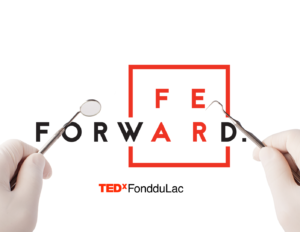 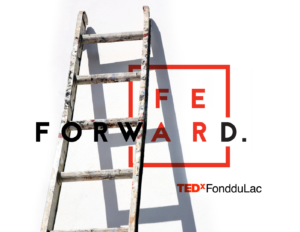 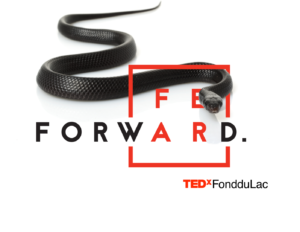 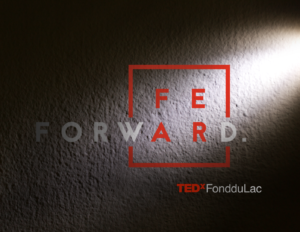 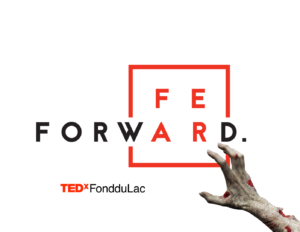 At the end of the day, the “Fear Forward” theme provided an opportunity to go bold with the design and we all truly enjoyed the creation and design process. We hope you can tell!

Interested in fearing forward with us on your next logo project, brand or event marketing, get in touch with our geeks & creatives.